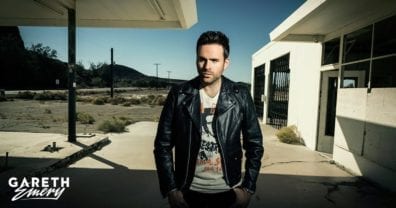 It’s a crazy notion to think your favorite artist could be ghost produced. But, there are many instances where that is actually the case. Apparently it’s something Gareth Emery gets questioned about a lot and he’s setting the record straight.

In an update titled THE GHOST PRODUCTION LOWDOWN (LONG) the iconic producer — known for hits including “Call To Arms,” “Concrete Angel,” “Long Way Home” and so many more — opens up the conversation about ghost production in music. He admits this is a “way more complex topic” than generally realized, but he gives an open and honest play-by-play from his perspective.

“Me? On most of my good tracks I did *all* the production,” he explains.

“But I’ve done some tracks, mostly remixes, where I was running out of time and someone else to do the heavy lifting to finish my demos.”

On the flip side, he ghost produced some tracks back in the day.

“In all honesty I’d fucking love to find a permanent engineer to finish up my tracks. It would allow me to focus entirely on writing music and songs, rather than spending 4 hours tuning a hi-hat that nobody notices anyway, and I’d likely release more music as a result.”

“But nobody else really nails it so for now, it’s me.”